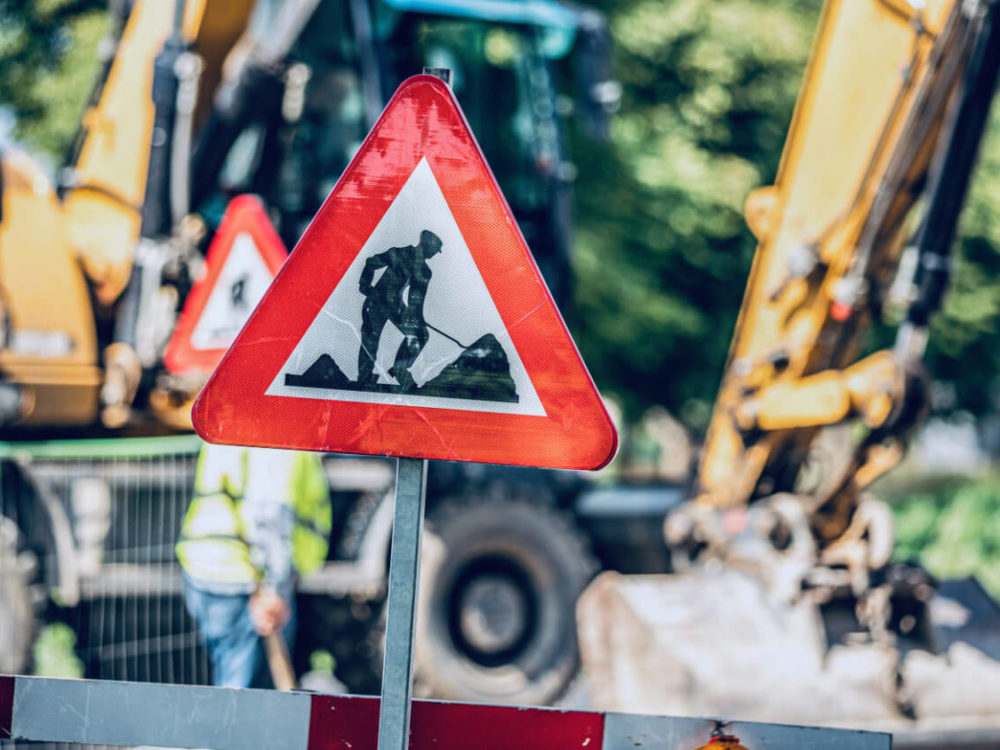 Dealing With Unexpected Problems in a Major Milestone Release

It was 11:09pm last Tuesday night (Australian time) when I had the pleasure to receive the Slack notification from Gravity Forms Community Liaison, James Giroux, that Gravity Forms 2.5 had been publicly released and available for download:

Gravity Forms 2.5 revamps the entire form experience for both site owners and users. A completely new UI in the admin area and Drag and Drop column support in the form editor are two key features. While on the front-end, accessibility, semantic form mark-up and better CSS were front and center. This release was the result of years of hard work by many, many talented individuals and, for me personally, it was a pleasure to watch it progress over the last 12 months (and even contribute some code to the release). Kudos to the entire Gravity Forms team!

Less than 15 minutes later, at 11:23pm, I pushed out Gravity PDF 6.0 on WordPress.org to coincide with the 2.5 release. It was slightly delayed while I spent 10 minutes trying to remember the appropriate SVN commands needed to checkout, update, and push the readme.txt file to the plugin’s trunk directory (what developer hasn’t been there 😅). If I was to characterize Gravity PDF 6.0 I’d call it the Robin to Gravity Forms Batman. Our team spent the last nine months revamping Gravity PDF specifically for Gravity Forms 2.5. Using the two plugins together is a very seamless experience – so much so that you’ll probably forget where Gravity Forms ends and Gravity PDF begins!

Now, if you’re thinking I pushed out the release, said my congratulations, turned off the computer and was in bed by 11:30pm, you’d be sorely mistaken. This was one of the biggest releases Gravity PDF has ever done, timed with the biggest release Gravity Forms has ever done, and so I worked right through until 7am the next morning (that’s 9 to 5 for the US East Coast, in case you were wondering). I actually worked that same hours the previous night because I mixed up the launch dates when I did the Australia/USA time zone conversion 🤦‍♂️. I spent the launch day (night) updating the Gravity PDF documentation, revamping the website, and keeping an eye on support tickets to ensure no major problems had occurred. Thankfully the team had done their job well, and there were no panic bug fixes at the crack of dawn required. Hurray! 🥳 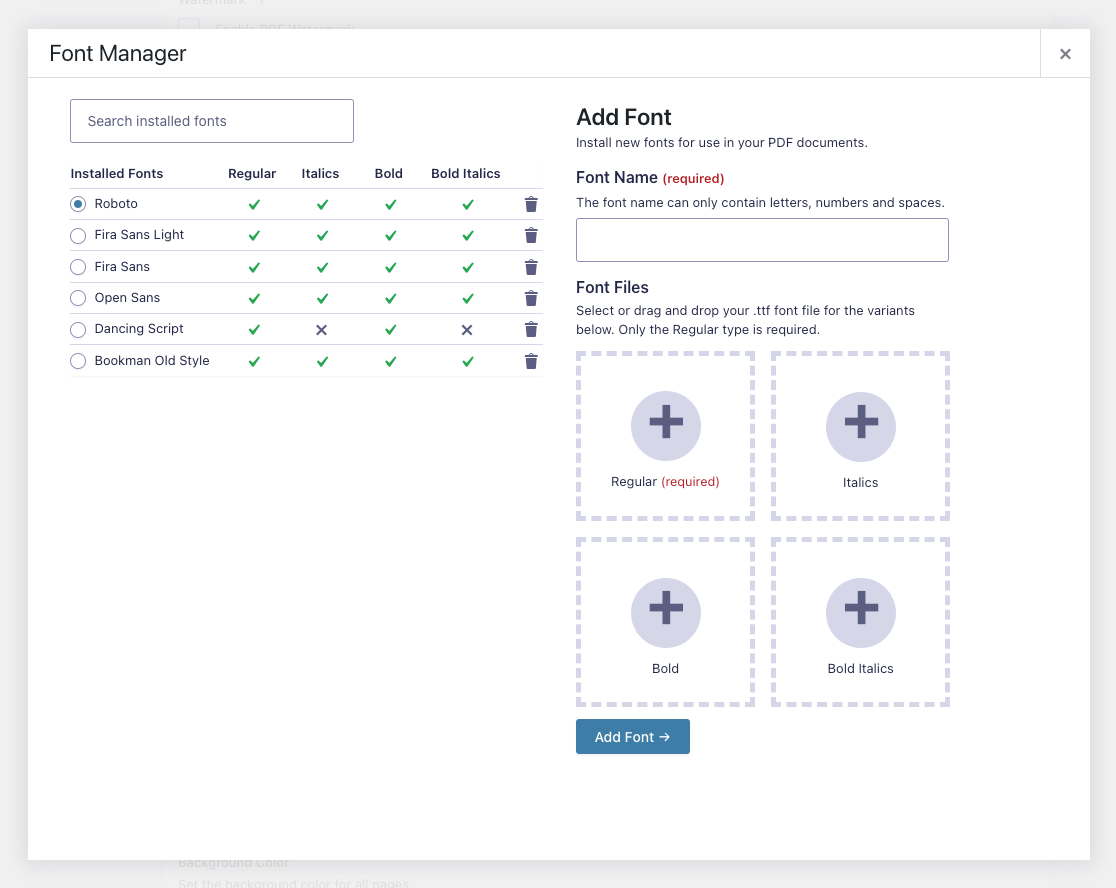 My favourite feature in 6.0 is the overhauled Font Manager. The old manager was clunky and unintuitive, cluttered up your media library with font files, and didn’t automatically enable Open Type Layout features if a font supported it (which meant custom fonts were useless for languages like Hebrew or Arabic). All those problems have been solved in 6.0 and it’ll be a pleasure to work with. If I have to pick, I’d say my second favourite feature in the release is automatic Drag and Drop columns support in Core/Universal PDFs. Who doesn’t love that we can throw out the old CSS Ready Classes and easily create column layouts in both the form and PDFs!?

The Gravity PDF team spent nine months working on the 6.0 release. Every user interface was refined. The documentation got a full overhaul to make it easier to understand for beginners, we shot nine How-To videos walking you through how to setup and use Gravity PDF (with just as many still planned), and gave the website a makeover. It was a massive undertaking, and big thanks go to Gravity PDF staff Debbie Ellis, Jestoni Samande, and Dan Tabifranca for their integral involvement.

I was planning on publishing a post about 6.0 a couple of days after the launch, but delayed it due to an unforeseen issue that Gravity Forms staggered rollout of 2.5 caused our own release. It was an unfortunate oversight on our behalf, but it was also the first time the staggered rollout has been used by Gravity Forms. We’ve taken on board all the feedback users have provided this past week, and learnt valuable lessons about handling a major release for next time.

So while I’ve been tooting about the Gravity PDF 6.0 release this entire time, we’ve temporarily paused the rollout for 7 days to allow users to update to version 5.4 (published today), which prevents the 6.0 upgrade if the minimum requirements are not met. My hope for this short pause is to allow users to update to 5.4 so they will be protected once we continue our 6.0 release, and, for those who miss the update window, Gravity Forms’ rollout will be further along and not as likely to affect so many users.

Let’s not end this on a negative though. With the 6.0 release, Gravity PDF has never been so powerful! While it hasn’t been entirely smooth sailing this past week, the calm waters are ahead and you’ll be taking advantage of everything 6.0 has to offer in no time 👍. Thanks for sticking with us.

P.s. If you upgrade to Gravity Forms 2.5 in the next 7 days while the rollout is paused and would like to use Gravity PDF 6.0, you can download it by using this direct link. You can also try out 6.0 on our demo site.

Photo by Miguel Teirlinck on Unsplash

Stay on top!
Never miss out on the latest news and updates in Gravity PDF land. Subscribe to our newsletter now!
SUBSCRIBE 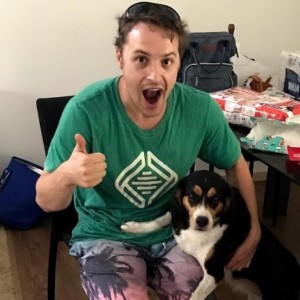 Signup for the latest news, tips and updates